The Most Expensive Condos In Toronto for 2018

How Many Luxury Condos Sold In Toronto For 2018?

From sprawling terraces, private wine cellars and even a penthouse with its own “backyard in the sky”… the luxury condo market in Toronto saw 28 suites sell for more than $3,500,000!

Leading this years list of most expensive condos in Toronto was an $8,000,000 penthouse that sold at the Shangri-La. In second place was $7,900,000 sale at The St. Regis Residences (formerly known as the Trump Hotel) followed by a $5,750,000 sale at the Residents of the Ritz Carlton.

How Much Was The Most Expensive Condo in Toronto for 2018 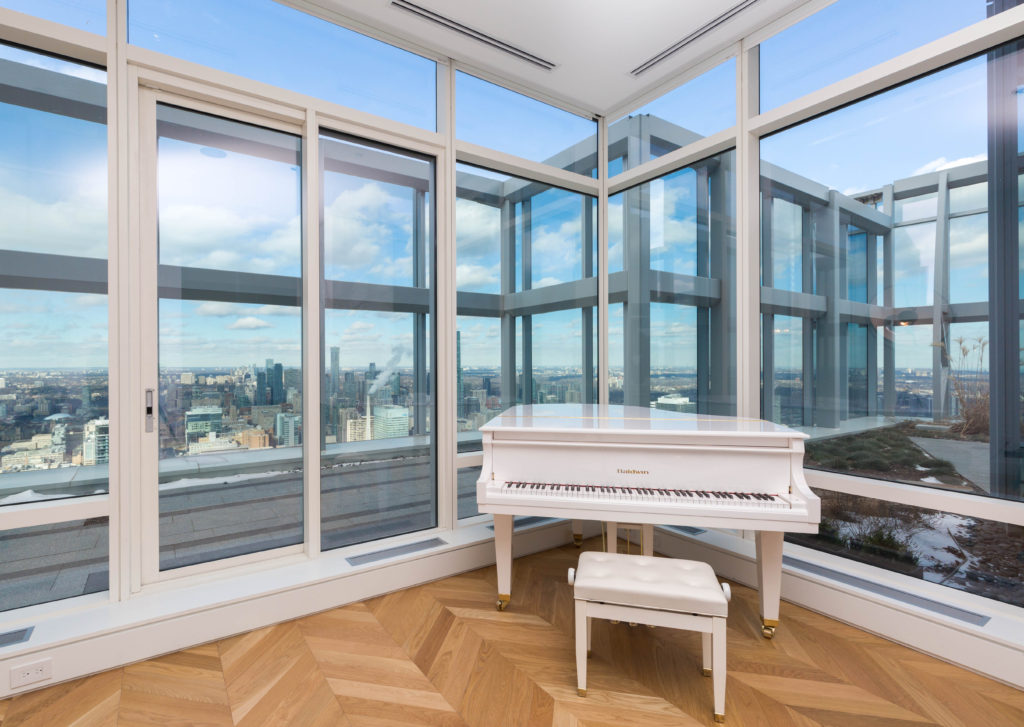 The most expensive condo sale in Toronto took place at the Shangri-La Residences in downtown Toronto. The three bedroom, two level penthouse featured 3415 sq.ft. of interior space and a private sky-high backyard measuring in at 1565 sq.ft. The penthouse was the last of four to sell at the Shangri-La and set the record for most expensive condo in Toronto at $8,000,000. 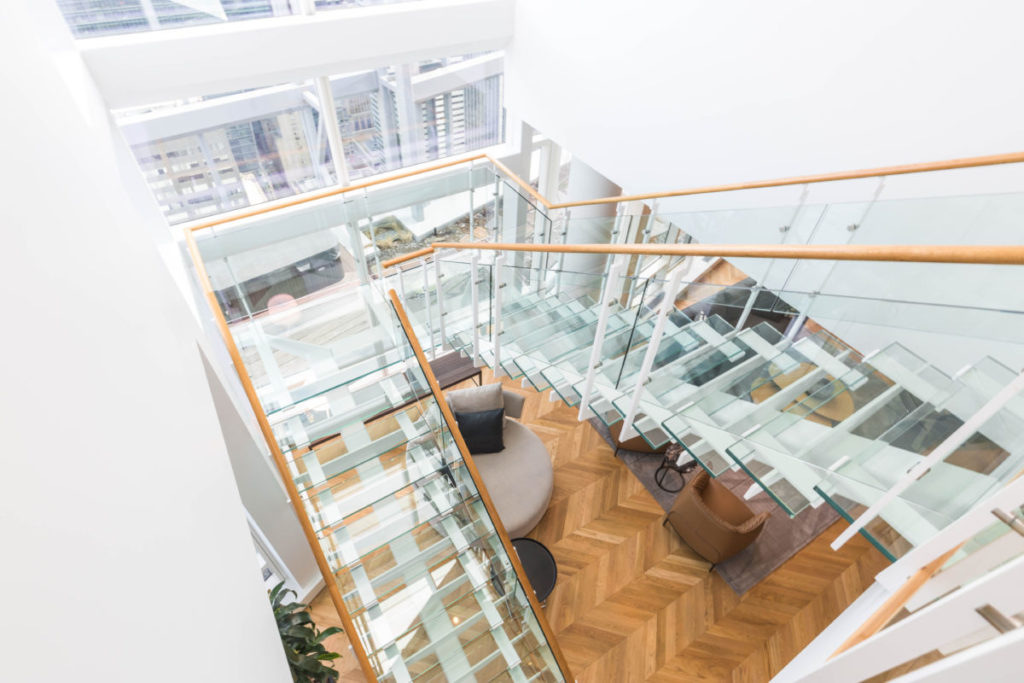 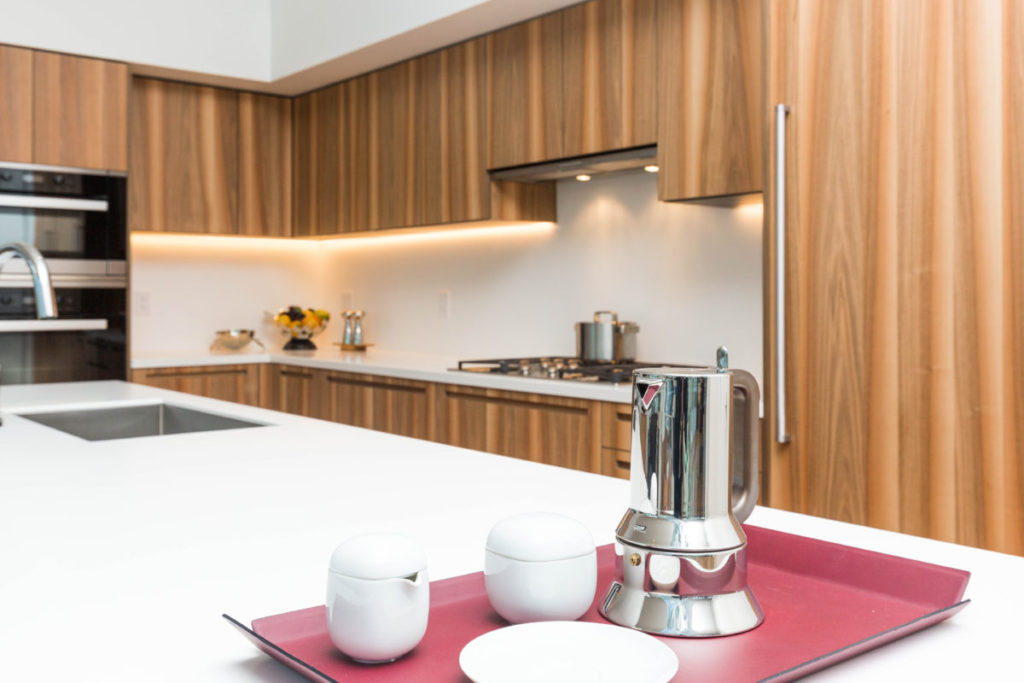 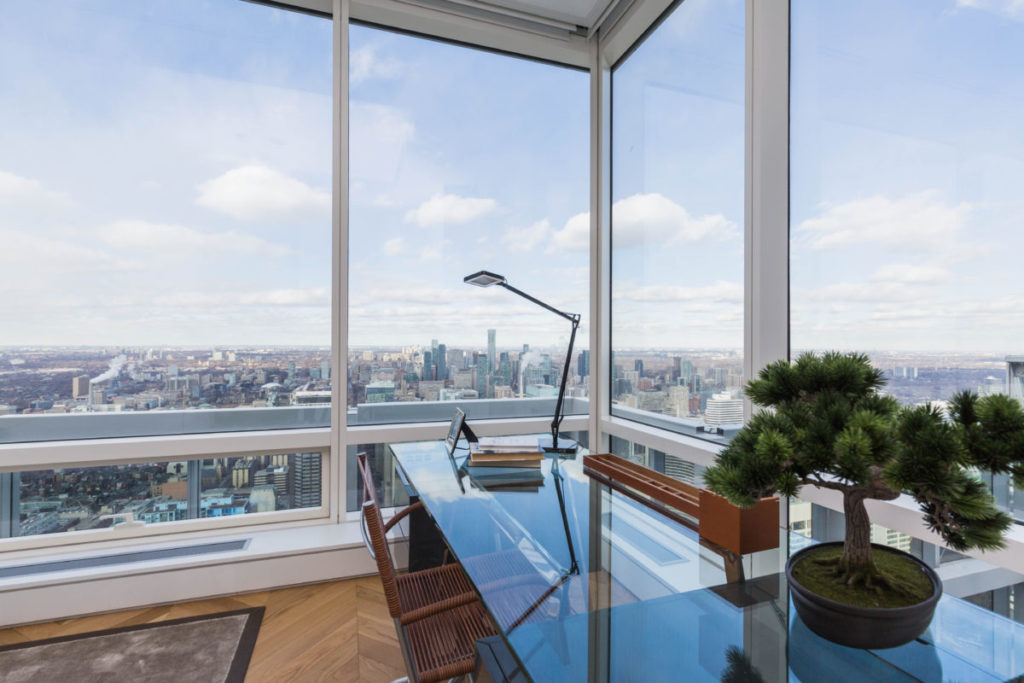 We toured the unit before it sold and absolutely loved the everything it offered – from its white oak chevron flooring to the gas fireplace wrapped in Calacatta marble… Check out more photos below!

Which Luxury Buildings in Toronto Had The Most Sales 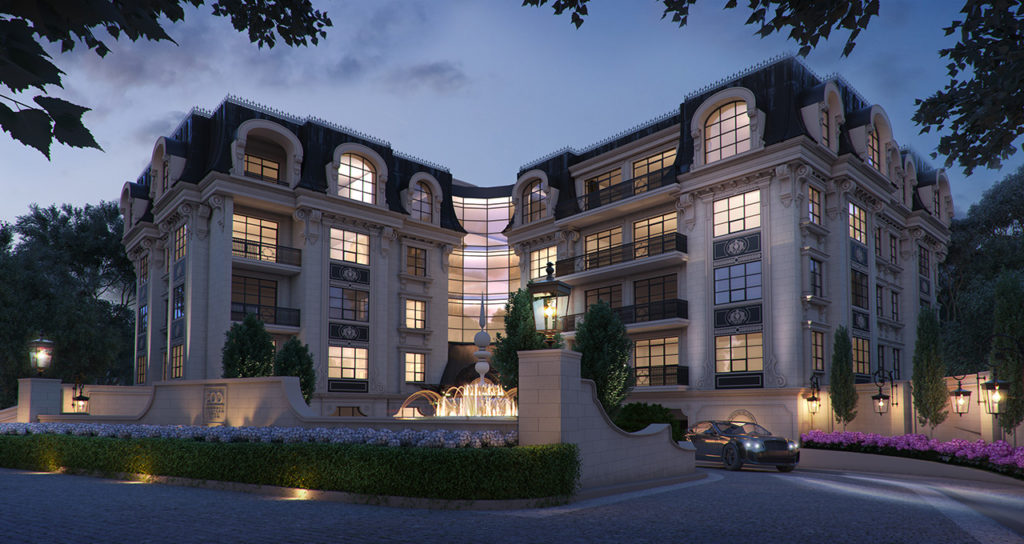 Which Luxury Buildings Had The Highest Maintenance Fees

A penthouse at the Hazelton Lanes Private Residences recorded the highest maintenance fees at a monthly rate of $6211.82/month. The same unit also made the list for the largest terrace, measuring in at 3507 sq.ft! 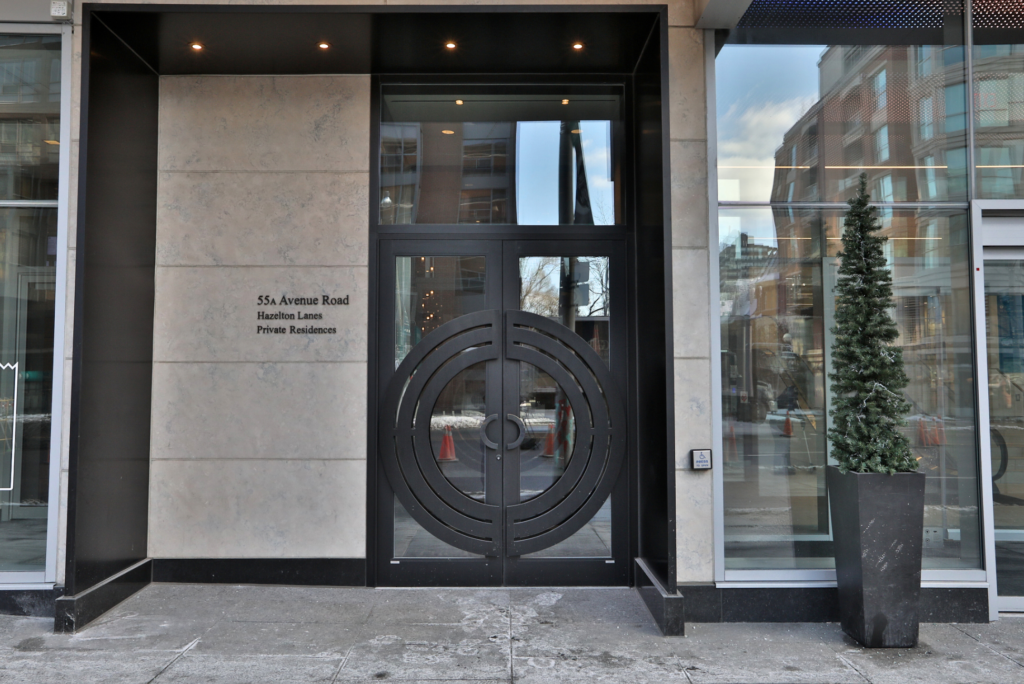 Which Million Dollar Condo Had The Most Amount Of Parking Spaces?

The penthouse at Theatre Park offered the most amount of parking spots with 4. The penthouse took up the entire 47th floor and featured a 360-degree 2,100 Sq.Ft. wrap-around terrace. 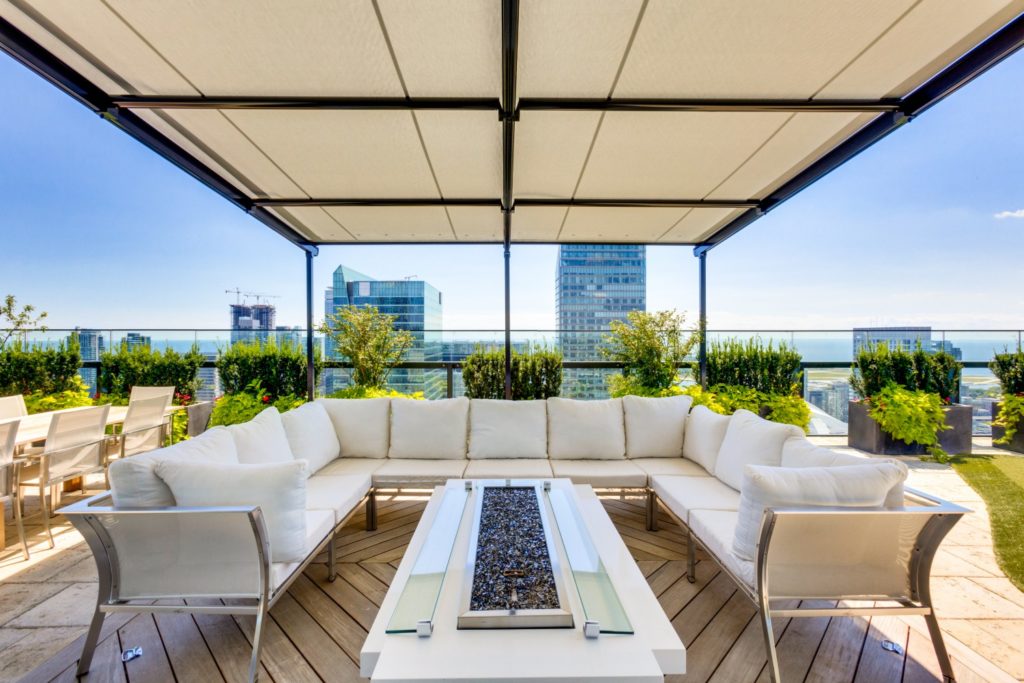 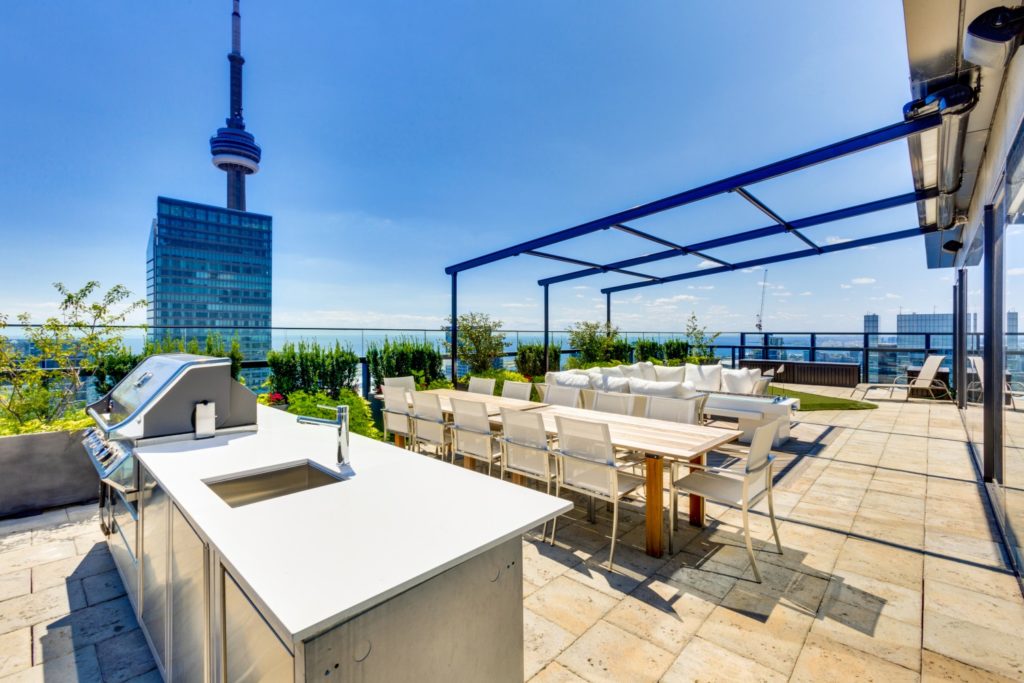 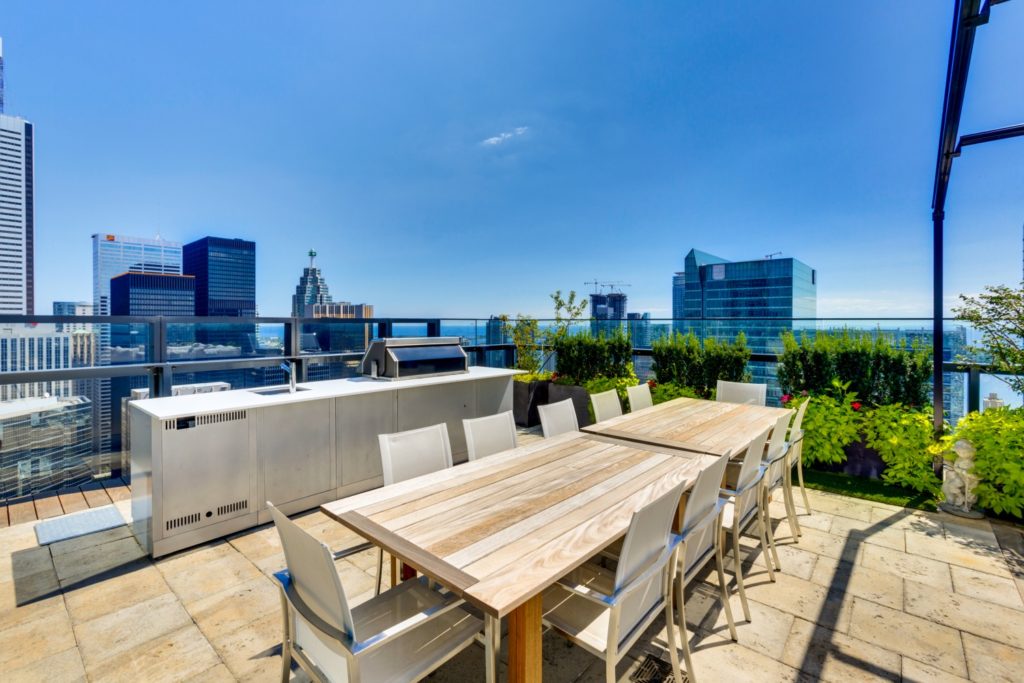 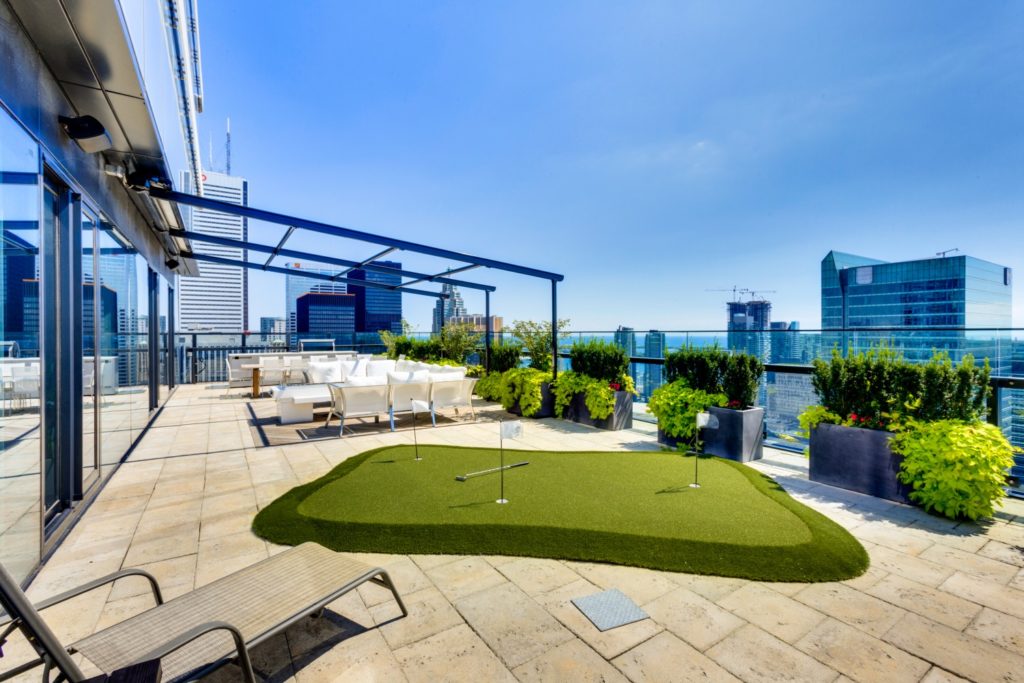 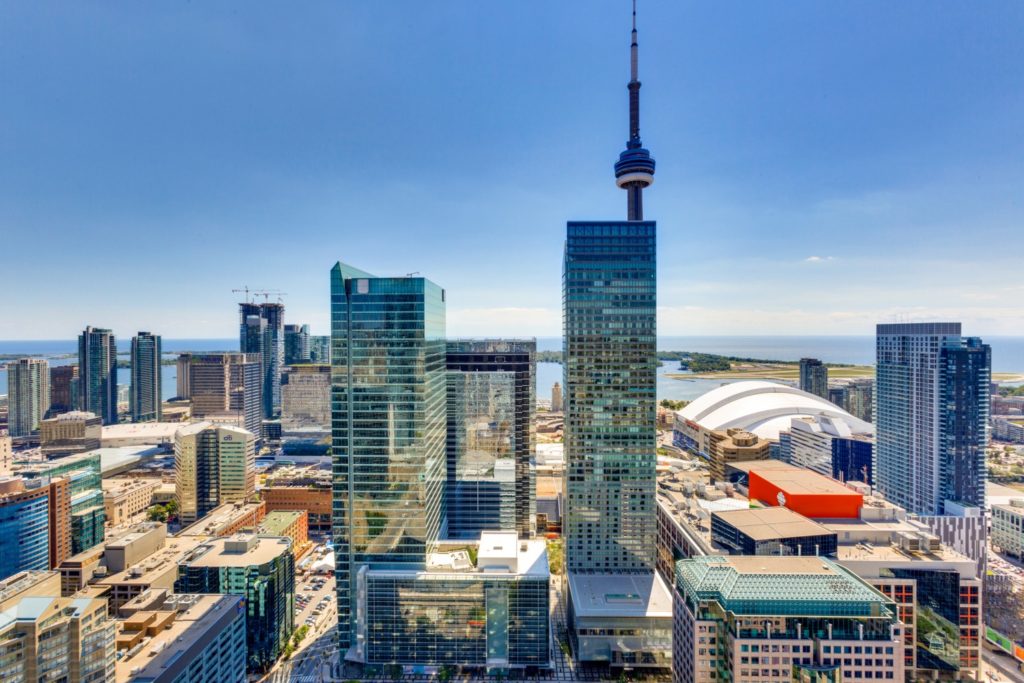 How Long Did it Take for Luxury Condos to Sell in Toronto?

On average it took about 40 days for these condos to sell. The longest took 185 days, and the shortest was sold in just one day! 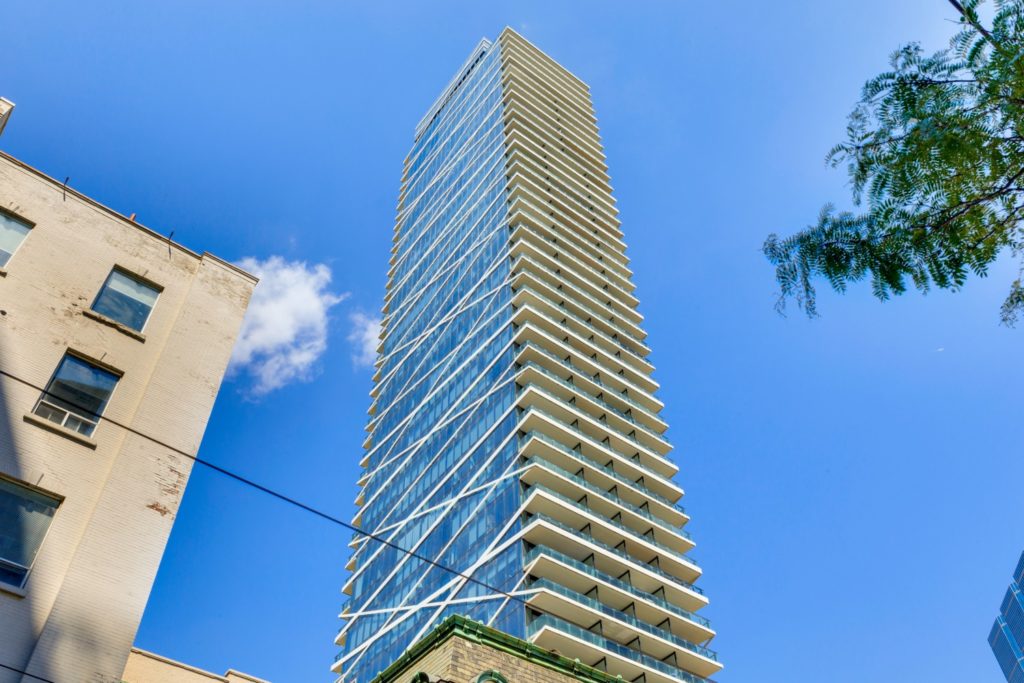 Where Are The Majority of Luxury Condos Located in Toronto?

The majority of condos that sold for more than $3,500,000 were located in the downtown core and the majority of them in the Yorkville neighbourhood. The Residences of the Ritz Carlton and the St. Regis Hotel were two other two popular buildings located on both the east and west sides of the core! 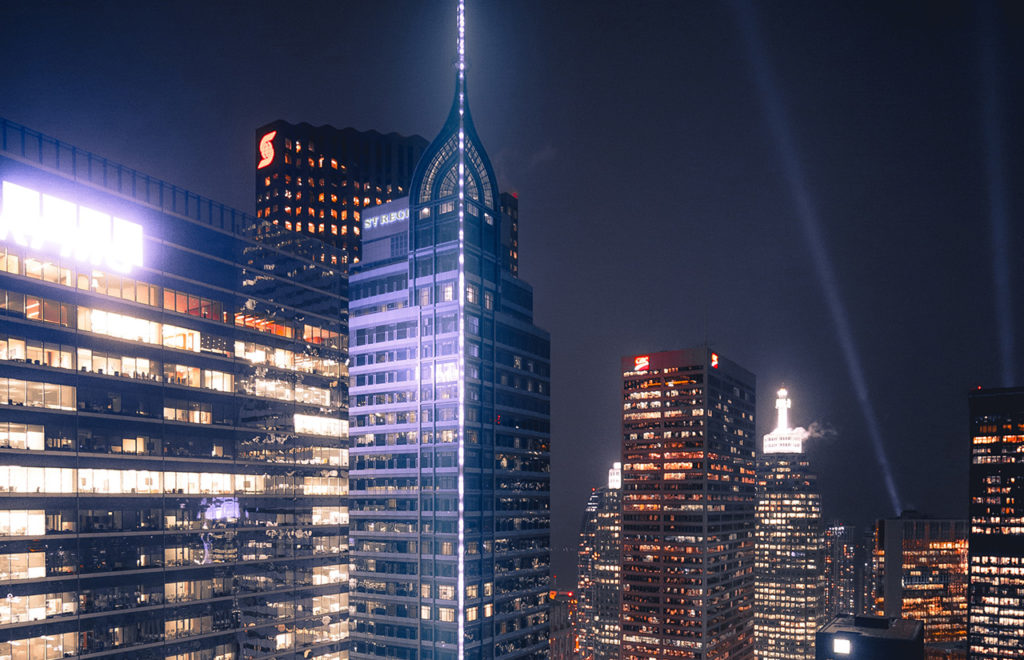